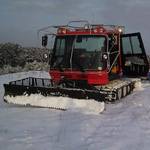 Many years ago, 1968 to be exact, a snowmobile club was organized to help the disorganized snowmobiles running rampant in and around Boonville during and after the snowmobile races at the fairgrounds. The Lost Trail Snowmobile Club, Inc. has come along way from those days, and their main purpose is still the same - to help construct and maintain trails for the enjoyment of all - snowmobilers and property owners alike.

The club started with 100 members, no money, no equipment, no nothing - only the desire to help make some order out of the chaos and help everyone have a good time in the snow - which was always plentiful. At the time, other than the Northwood Club of Old Forge, it was the only organization in the area, and it was and still is an all volunteer group. Through the years, many other clubs have formed and all work together with the same purpose in mind.

Lost Trail is sad to report we lost our Charter Member, Andrew (Andy) Seelman in the spring of 2011.  It was sudden as he was preparing his boat to go on his annual fishing trip with a bunch of sled pals.  Andy was an avid sledder and was always ready to help ... whether it was grooming, doing trail work, and even in later years when the strenuous work was too hard to do, he would be at the raffle table selling tickets, or be at the Safety Course handling registrations, ... ask him, and he'd do it, always with a chuckle. He never missed a meeting.   He is sorely missed.

So let it be our mission to all have fun in the snow - and do it safely, responsibly, respectfully, and courteously.